Live Feed Into a Digital Life 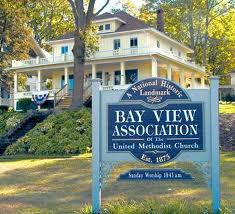 On Sunday evening, my wife Jan and I attended Vesper’s at the Bay View Association, a 137-year-old Chautauqua founded by Michigan Methodists on Lake Michigan near Petoskey. A Bay View staple since the 1800s when families gathered at the end of the day to sing hymns, this ongoing tradition has evolved into a magnificently eclectic concert series.

I was reminded at this gathering that it’s a privilege to live and work “Up North” in Michigan during much of the summer. Although it’s easy to become distracted in such a beautiful natural environment, I remain solidly connected online, on my mobile phone and via FedEx with colleagues and clients throughout the world. Technology enables me.

My life and especially my work in strategic communications has become, to a great extent, a virtual enterprise.

END_OF_DOCUMENT_TOKEN_TO_BE_REPLACED

It has been said that “strategic communications” is used with such ubiquity that the term becomes almost meaningless.

Granted, the term has a wide range of definitions, influenced by personal and professional preferences, but the precise definition is less important than the concept, and calling it “meaningless” is akin to throwing the baby out with the bathwater. END_OF_DOCUMENT_TOKEN_TO_BE_REPLACED

Engaging the Scientific Community with the Public

[Delivered at the TÜBİTAK Symposium in Turkey on February 17, 2009]

A Practical Exploration of Communications in our Wired World

Good Morning. Thank you very much for the invitation to attend this conference and speak with you. I am delighted to be in Turkey again, and with you at this symposium.

Over the past 36 months, as president of IPRA, the International Public Relations Association, I had the privilege of traveling extensively on four continents meeting with men and women in business, with government leaders, public relations consultants, NGOs, academics and now scientists.

END_OF_DOCUMENT_TOKEN_TO_BE_REPLACED

It is a great honor for me to be in China again.

I was in Beijing about 20 months ago when I was President of the International Public Relations Association – when we had the pleasure of co-hosting – with CIPRA – the 18th Public Relations World Congress. END_OF_DOCUMENT_TOKEN_TO_BE_REPLACED

The Institute for Public Relations

Trends in Trust – A Call to Action

CEOs look to us – look to you – to be, if not the smartest person in the room, certainly able to make some very serious judgments often under crisis circumstances when there is a great deal on the line. We have to approach that responsibility with a great deal of humility and understanding, and research helps.

That’s what Don Baer said to Institute for Public Relations Trustees when our Board met last week in its first full session of 2010. Don is Chairman of Penn, Schoen Berland (PSB) and Worldwide Vice Chairman of Burson-Marsteller. He engaged Trustees in their opening session. END_OF_DOCUMENT_TOKEN_TO_BE_REPLACED

On the heels of the Tiger Woods scandal last April and only days before the BP rig explosion and oil spill, the Economist ran a story  calling attention to the fact that brand-threatening scandals are becoming a regular feature of the corporate landscape.

This, the Economist said, is because of “a toxic (sic) mixture of globalization, which scatters corporate activities hither and yon, and the internet, which allows bad news to spread like wildfire.” It cited estimates that executives have an 82% chance of facing a corporate disaster within any five-year period, up from 20% two decades ago.

Taking a page from Crisis Management 101, the Economist suggested that the key to a successful brand re-launch lies in making a cool-headed assessment of how much a crisis damages a company. END_OF_DOCUMENT_TOKEN_TO_BE_REPLACED

Communicating in an Era of Radical Transparency

As a public relations profession, I admire people who sometimes have radical goals but who adopt moderate tactics. It seems to me that the pursuit of peaceful and constructive change, on almost any level, always has to leave open the possibility you might be wrong or that better ideas exist. Going a little bit more slowly than your ardent followers might want is one method for accommodating that possibility.

Meanwhile in the last ten years or so, the internet has provided the ability to link millions of people across the globe in essentially peaceful dialogue. This global conversation has obvious and enormous benefits, but it also presents new challenges, not only for the companies and clients we represent, but also for governments. END_OF_DOCUMENT_TOKEN_TO_BE_REPLACED

One of the characteristics of the world that motivates me is our “interconnectedness;” or our “interdependence.”  If you accept that people across the world – people like you and me – have many more similarities than differences, then inevitably you will find more opportunities than problems.

Nowhere is this more apparent than in China – driven home for me again in August during another visit to Beijing. The needs and opportunities there are huge – on many levels – and underscored by a new willingness among politicians to admit that the world’s interconnectedness with China is, in fact, a competitive advantage. END_OF_DOCUMENT_TOKEN_TO_BE_REPLACED